Open, Sesame! Even today, this magical formula for opening treasure chambers is associated with wealth and abundance. Papyrus documents from the year 1150 BCE attest to sesame plants being used in many different ways for health, beauty, mental health and joie de vivre. This has not changed at PHARMOS NATUR.
Black sesame
Black sesame seeds (Sesamum indicum nigrum). Black sesame is the oldest sesame plant variety and belongs to the plant family with the botanical name Pedaliaceae.
The ingredients it contains are more valuable than those of white sesame.
Origin
The sesame plant originates from parts of India and Africa. Today sesame is found in tropical and sub-tropical zones.
Oil extraction
PHARMOS NATUR’s sesame seeds are carefully, mindfully macerated in Germany using PHARMOS NATUR’s special procedure. This approach is necessary to ensure that the rich network of active substances remains bioavailable and can be absorbed by the body. Only in this way can the cells receive the full benefit.
Black sesame – description
The sesame plant grows to between one and three metres tall and has thimble-like flowers sand long, green leaves that taper towards the end. After three months of growing and maturing, the sesame plant produces its treasure: small black oleiferous sesame seeds. The ripe seeds fall out and are gathered up.
All the plant’s effectiveness and life force are retained if the seeds are harvested at the right time. Our top priority is to handle the sesame plant mindfully and organically. This is particularly important for PHARMOS NATUR, because the black sesame plant can store a great deal of light energy. For this reason, harvesting rituals are a long-standing tradition in ancient cultures; the sesame plant is respected at both the material, physical level and its life force at the mental and spiritual level. 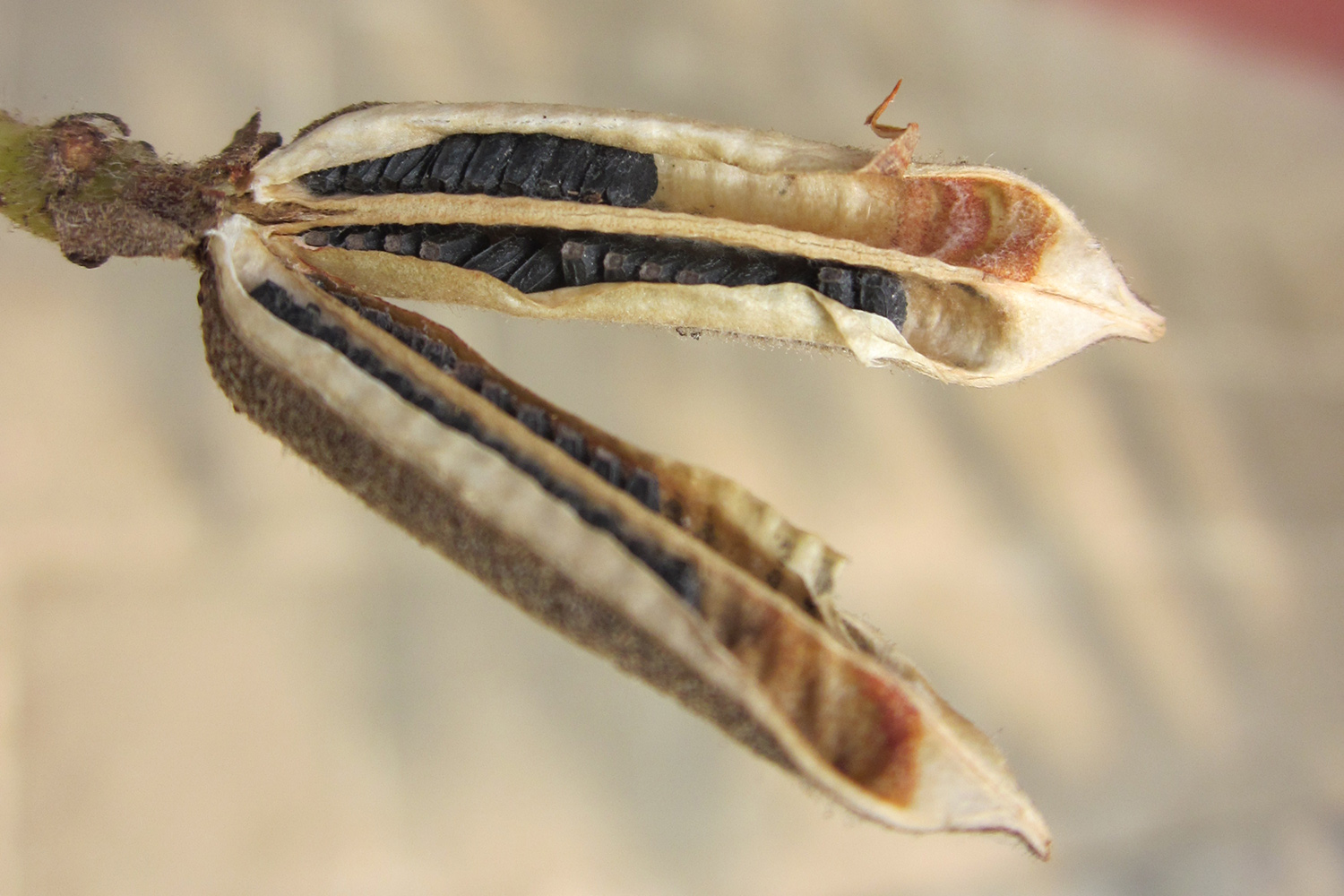 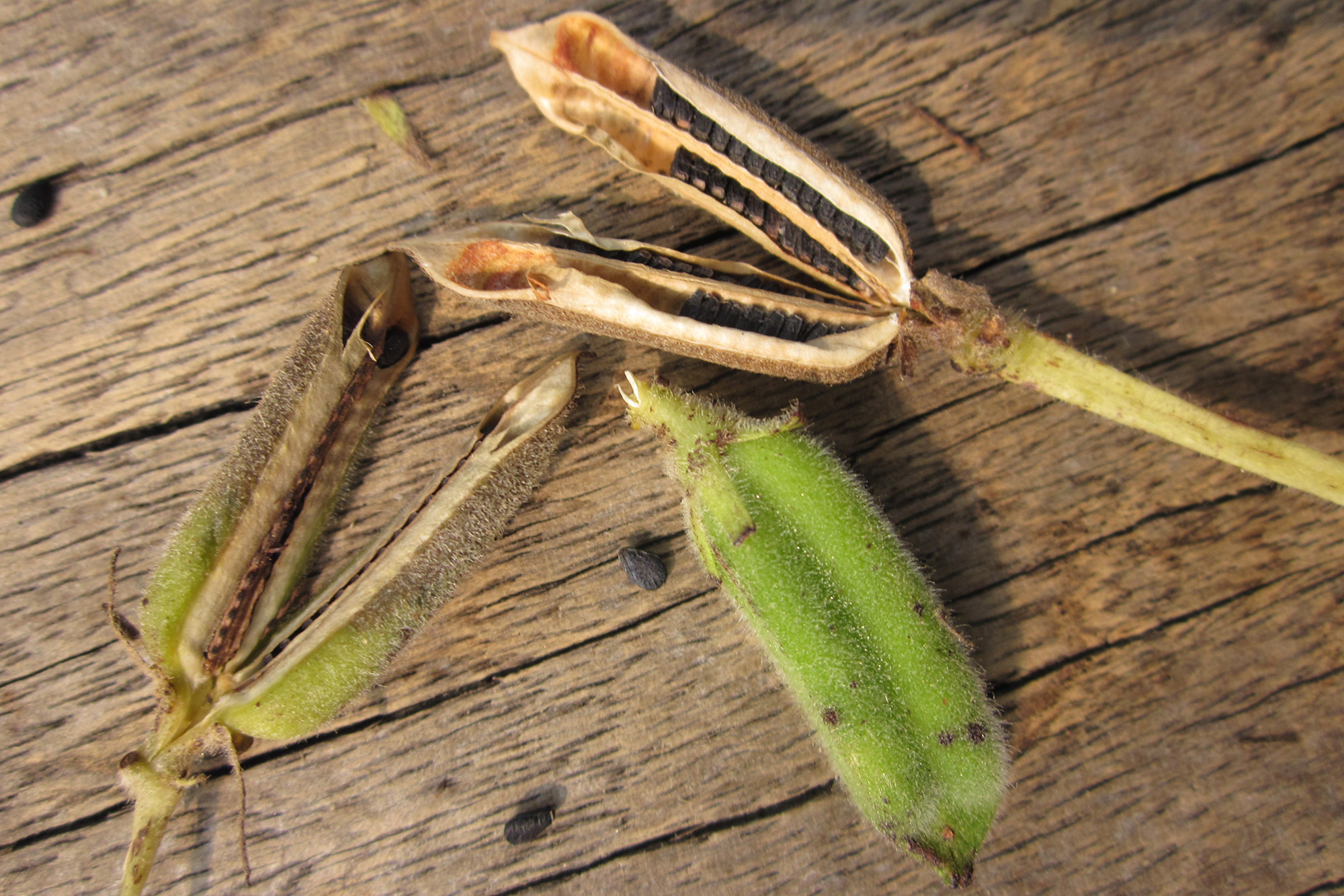 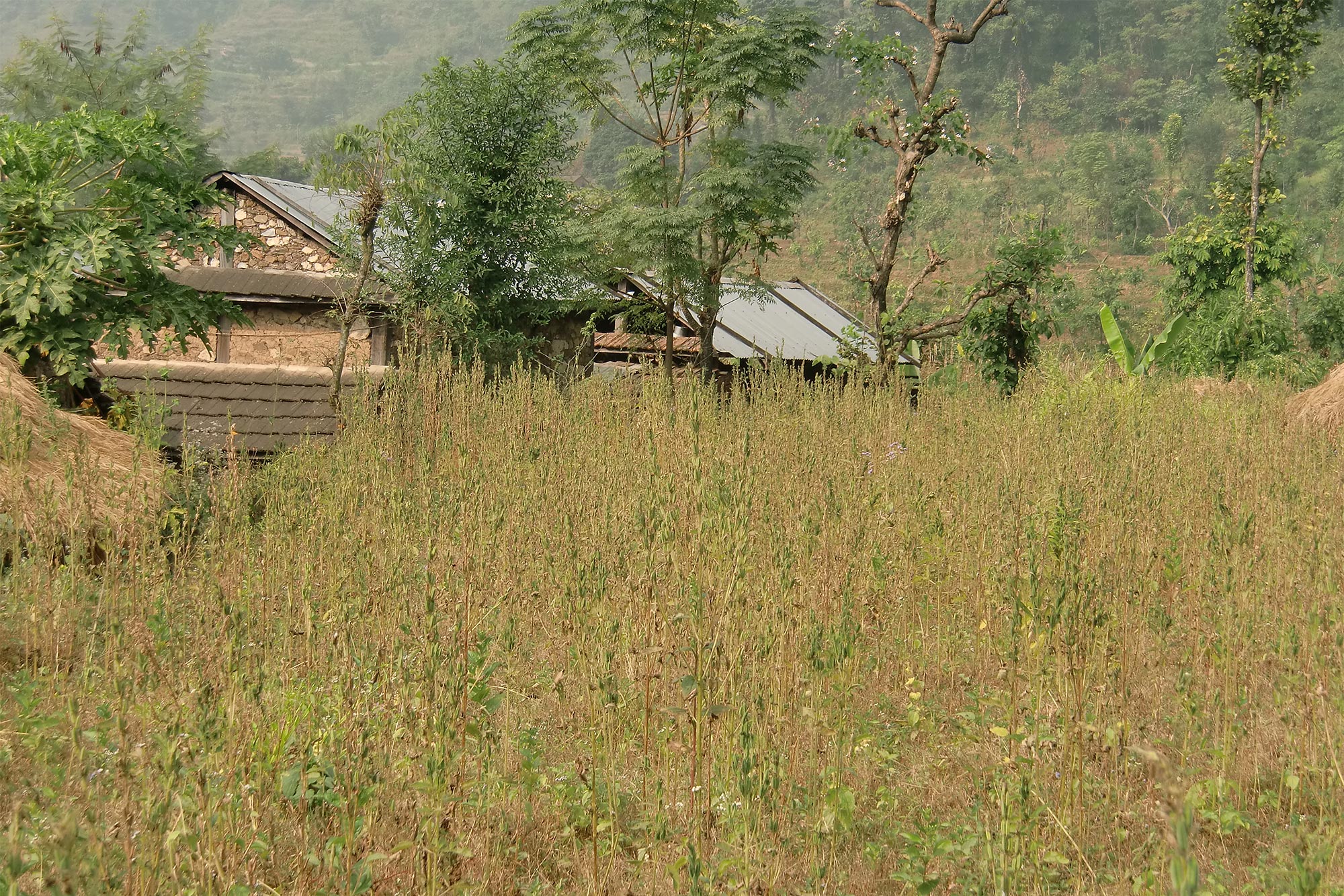 Black sesame – how it works and how to use it healthily

Internal use
Arab storytellers have known about the wealth of active substances in the tiny sesame seed since time immemorial. Ayurvedic doctors ascribe particular health, beauty and rejuvenative potency to health-giving black sesame seeds. Today this can also be proven scientifically.

Sesame provides a boost during the menopause by slowing the loss of the body’s natural energy. The body benefits just as much from black sesame when young, above all during pregnancy. Sesame’s active substances promote bone formation as well as mental capacity. Sulphurous amino acids, such as cysteine, methionine and taurine, act positively to form and strengthen healthy skin, thick hair and strong nails. Connective tissue is also strengthened. Black sesame also has an antioxidant effect, fights off free radicals and rejuvenates the cells. Black sesame seeds are even able to bind and detoxify chemicals or medicines in the liver. The abundance of alkaline minerals helps the body to deacidify.

External use
Oil from organic black sesame seeds contains unsaturated and polyunsaturated fatty acids, as well as antioxidants such as sesamol and sesamolin. It can even reduce pigment- and age-spots on the skin, as well as dryness lines. Collagen and elastin production is stimulated. Linolenic acid balances the entire skin metabolism, smooths and quite simply regenerates. Oil from healthy black sesame also prevents excessive skin reactions. Even super-sensitive skin and skin with neurodermatitis tolerate it well.

Black sesame – traditional uses
Archaeological findings from 2000 BCE in Mesopotamia testify to the use of pure sesame as one of the oldest oilseed crops in the world, and also to how highly it was valued: “the gods season with sesame” is inscribed on a clay tablet from this time. In ancient Greece, sesame oil was used as an anointing oil at births, marriages and deaths.

In their field kits, Greek and Turkish soldiers often carried a small bag of strengthening sesame. Traditional Chinese medicine uses black sesame to boost kidney and liver function, and to nourish the blood and the yin. Sesame was also formerly used for weakness and depression.

Spiritual uses
As related by the story of Ali Baba and the 40 Thieves, sesame is able to open mountains or caves. Or, metaphorically speaking, to create connections to other, higher worlds, from which “the seeds jump out”. Translated, this means enhanced creativity, artistry and intuition. 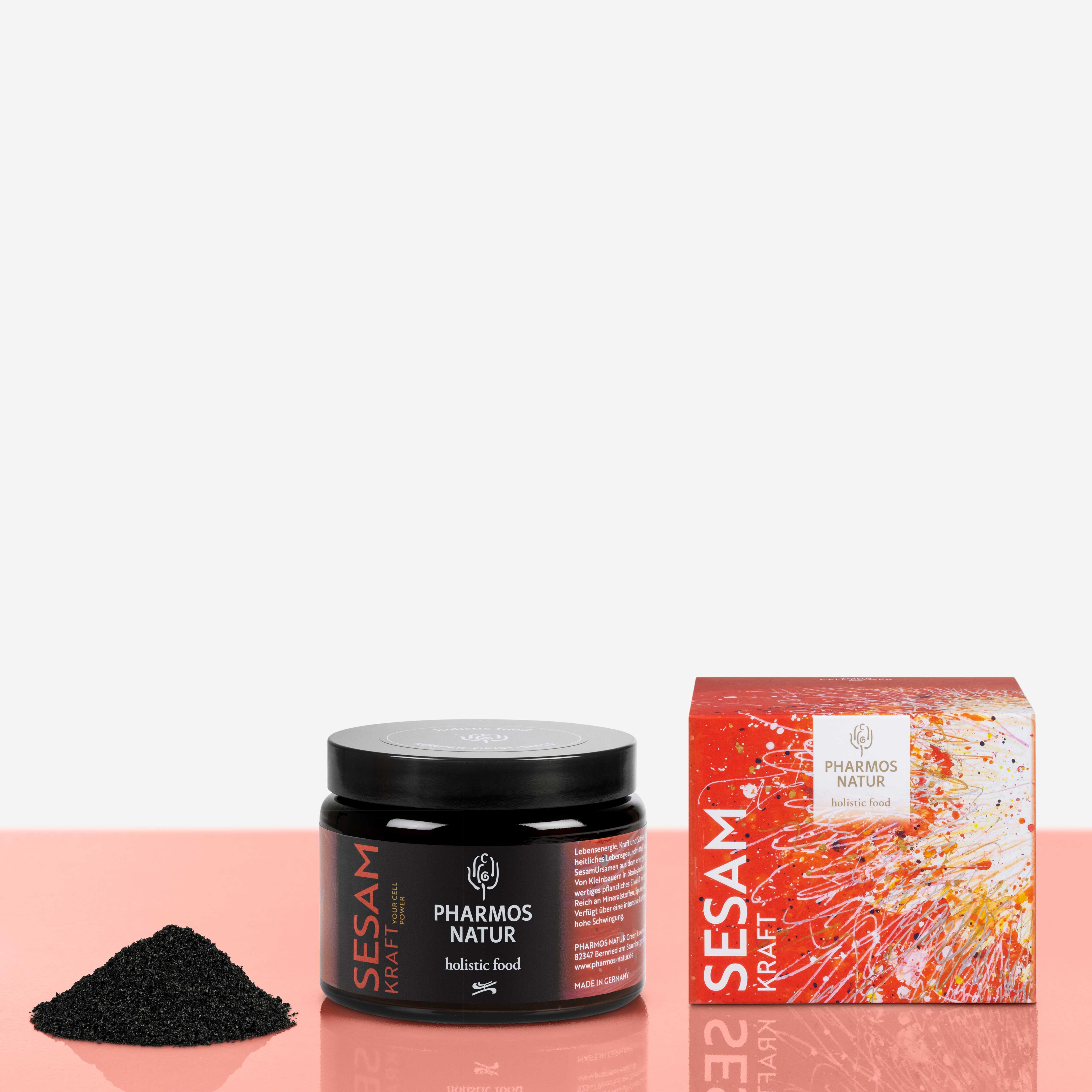 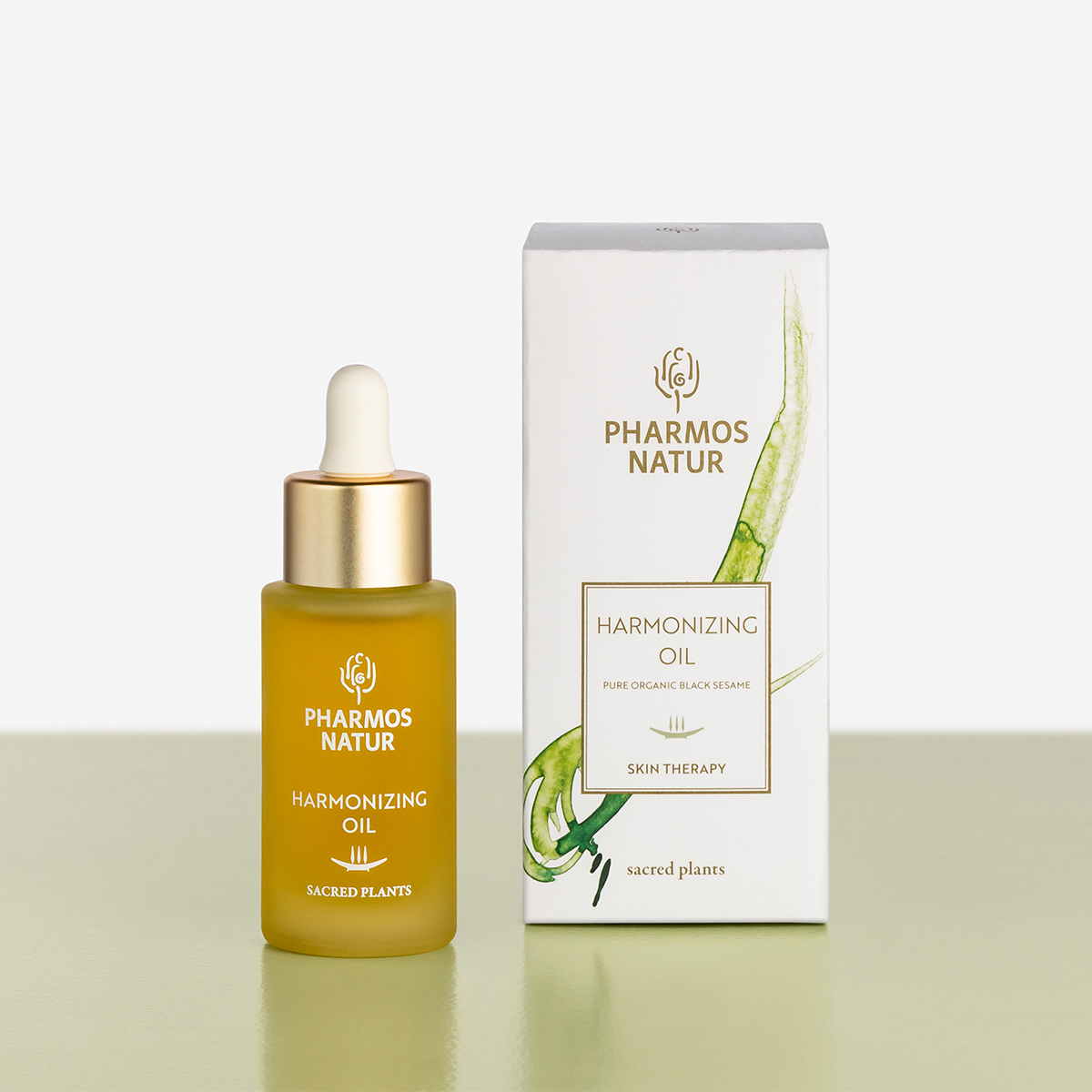 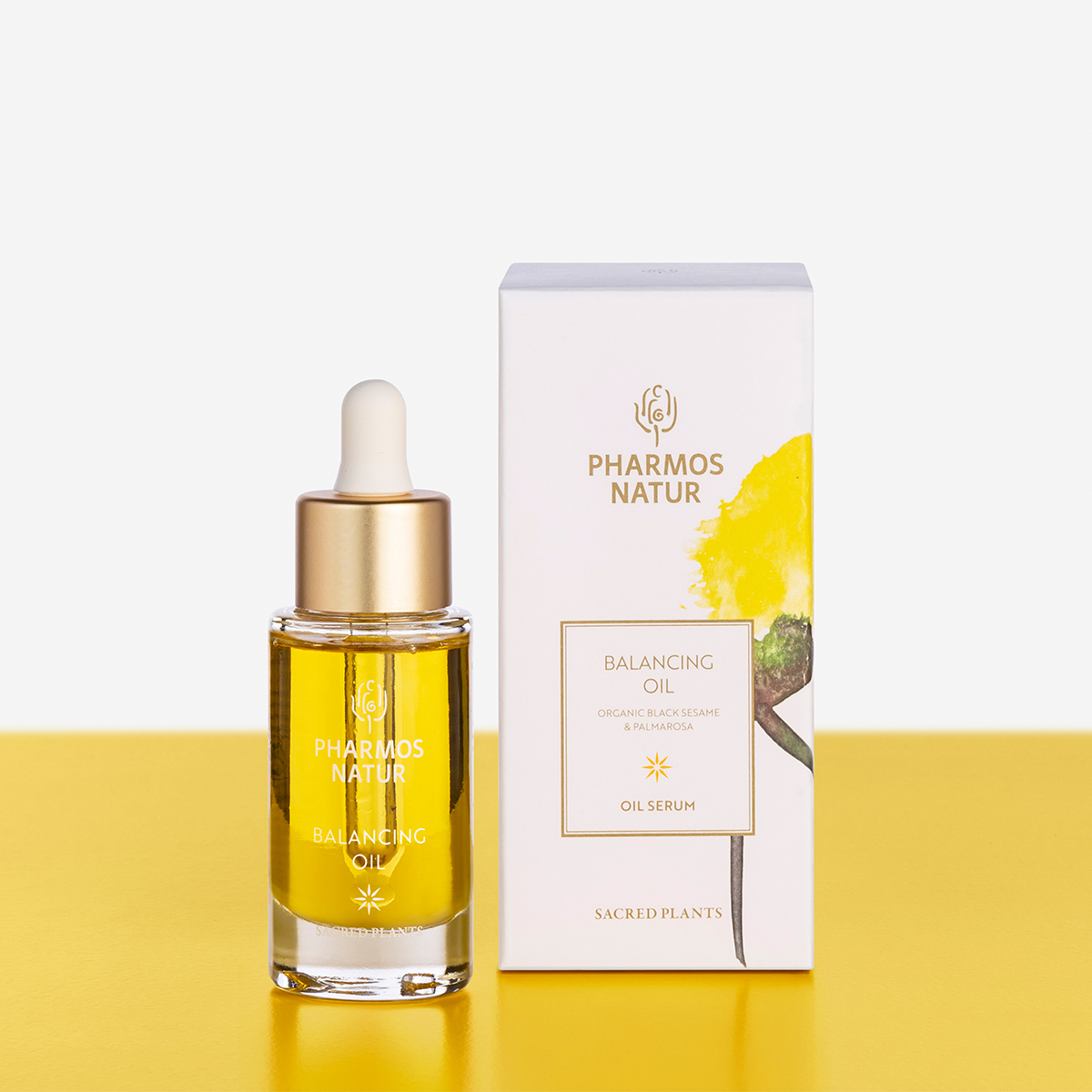